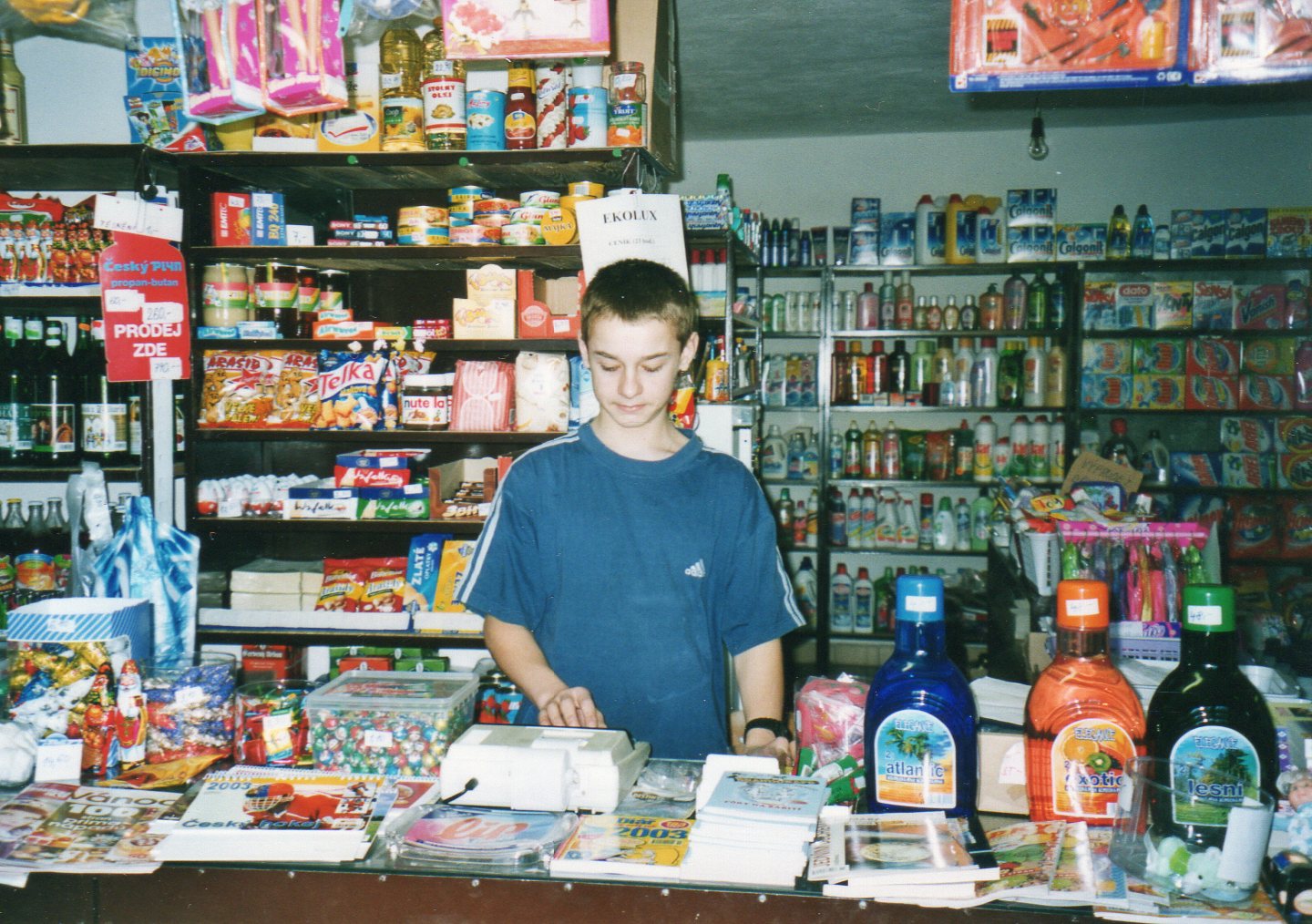 From collecting elderberries, through a small town pub and 5 * hotels, up to 15 months to Ireland

Since my father was an electrician and my mother was a village retail operator and a future employee of the Czech Post, I decided to become a waiter at the age of fifteen. Surprisingly, I passed the entrance examination for the hotel school and had an imaginary door open to gain experience in a new, yet unknown field, which I had known only from the position of a customer until then.

With school results not to boasting, but with the desire to get a job in small-town pubs, up to 5 * hotels.

Already the second week of high school I started to go around the pubs around Kolin (Czech Republic) to look for a job. In fact, no experience, but determination and especially the desire to earn something.
I could have been more independent of my parents, even though I was not 18 years old. I simply earned myself at my own expense.

I grew up almost all my childhood in a convenience store. Respectively, my mother ran a store in the village, where I had the opportunity to help and thus earn my first money (except pocket money) and, of course, to understand what the “value of money” is. Overall, I don’t think I got anything for free in my youth (except for gifts during regular festivities such as birthdays, holidays, Christmas, etc.). I do not complain about it in any way, but I realize how much this experience has actually given me in my future life.

The hours I spent in the shop for $1 an hour, those hours when I earned a lot of elderberry picking or went to my grandmother, where there was an alley of apples outside the village and I dropped them with my cousin to a nearby harvest (5 cents/kg). Or (to my taste almost embarrassing) circling the village and begging old newspapers and magazines, which I then brought to the collection, where he got a little money for it.
However, the dollar sat against the dollar, the pocket money and all of them put on my savings account at the local post office. That was a joy when the mail received several hundreds of interest each year for the few thousand I earned.

I didn’t buy what I didn’t need. Why also. I know that once, at about 10 years of age, I went to Prague with my mother and in one big toy store, I fell for such a large tractor with a large flatbed truck. I really wanted him. I just didn’t have the money at the time (maybe $40 and I just $10 in cash). My mother offered me two options – she would give me the money right away, but I would work for 50 hours in the shop for free. Or wait, I’ll work fewer hours and buy it when I have the money.
Already at the age of ten, I sent her to fuck. In fifty hours I would have $50, I had 10, so I just needed $40. It smelled of usury (and I didn’t even know the word at the time).
I worked in the shop, but nice for $1 and went around the village intensively and collected old paper for collection. All in all, I had $40 in a month. But after a month of work, I felt sorry to replace that „drudgery“ with a tractor. Money landed on a savings account and began to appreciate (and I did not know the meaning at that time).
In the vicinity of my friends, I was one of the few who saved money like this. I know that enough of them ran to our store every month when they took the pocket money and spent the money. Actually, they were doing what they saw with their parents – a paycheck comes, they’re spending everything right now, and they’ve been on debt for the last week. Unfortunately, it has been translated into adulthood, and when I look at some of them today, they still wander in such a vicious circle between pay and lack of funds. They complain about the politicians, the system, but they never admit that the fault may actually be on their side.

But to my high school jobs. In the third week of September, the first year of high school, I walked around Kolín and offered my “rich” experience in gastronomy.
Eventually, a restaurant owner relaxed and offered me a waiter’s brigade for about $ 2 / hour, a clean hand. It was twice as much as my mother had given me in the store and I had a drink and a meal. We made a deal.
This was followed by the ball and dance season, when I worked my way up from the „glass collector“ in the halls, beyond the bar and thus to more responsible work and more tipping. They gave me about $ 2.5 an hour at Cologne’s House of Culture, but with the daggers, the hourly rate was just over $ 5. And that was some money. At the age of 16, over the weekend I came in just over $ 60.
I gather further work experience at the 4 * Chateau Kotěra Hotel in Ratboř and then only at the 5 * Hotel Savoy in Prague, and I consider the peak at the 5 * Hotel Four Seasons in Prague to be a complete summit.
In Prague, it has already started to be about something different than when I started in Cologne. At least $ 5 an hour, service charge, free food, as a part-time job, we usually had more than regular employees for an hour But most of all, VIP clientele, good communication with people in Czech and English and getting references from prestigious companies.
Where are the times when I was returning from Prague at 9 or 10 in the evening and then getting up again at three in the morning to catch the train at four in the morning and getting on at six in the morning for breakfast preparation and service? Weekend after weekend. Holidays, Christmas, New Year’s Eve,…

Not only gained references helped me during the summer job in Manchester, where I went to my best friend Michael (a guy I met 4 years ago thanks to a scout exchange in England, kept in contact with him, hosted him one summer in the Czech Republic, and he hosted me the following year in England and now offered me accommodation in his Manchester apartment).
The first job was in the bar, which I left after about 2 weeks. I found another one during the week in a 4 * hotel in the city center and served guests during breakfast and lunch.
I was just 18 and experienced my first work experience abroad.

The return from Manchester was followed by an alternate brigade between Prague (Savoy and Four Seasons Hotel) and Ratbor (Chateau Kotera).
My youthful indiscretion, the bohemian life in quotation marks, and the desire to try what I can afford to whom, even made me conditionally expelled from school. Now I laugh at it, but at that time I thought (mainly from the reaction of the surroundings) that this was the end of the world and I would always be in the group of „irreparable rebels“. If only I had known that the next 15 months would affect my life so much, I would have done the trouble a year earlier.
Anyway, it was time to change the environment. As a good opportunity, I had an annual job offer in Ireland, in a 4 * hotel somewhere in the country. The classic full-time job. I did not hesitate for a moment, I was almost 19, took a year’s break at school, did not ask much at home and flew away. It was written at the end of May 2008.