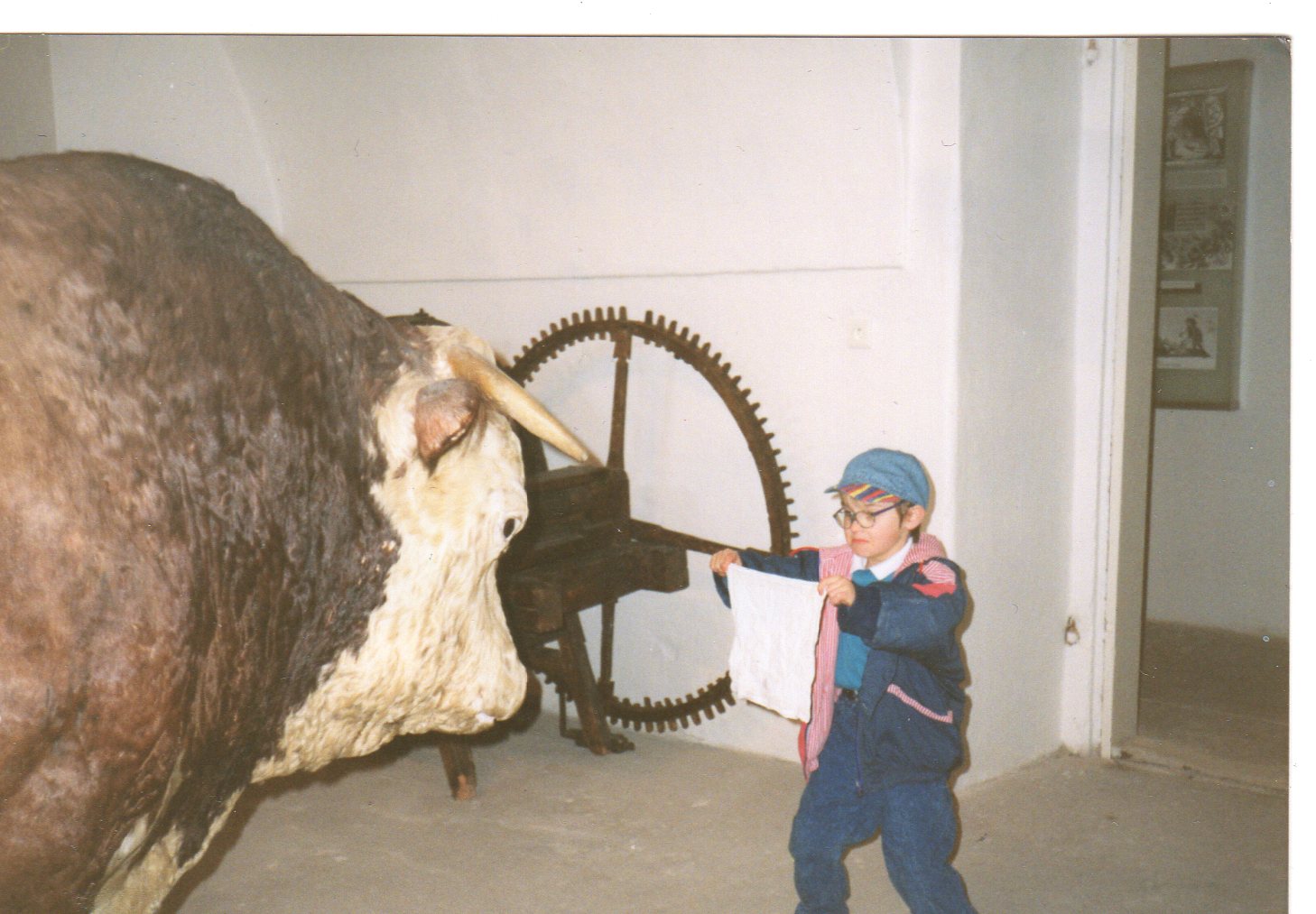 What gave me youth and a boy scout

My parents enrolled me in the Boy Scout at the beginning of primary school. I still don’t know why. Maybe my father was often at work and my mother didn’t have enough strength in he hand to guide me. One way or another, I had to get out of the car on the first Friday of September, 1996, to take a drink, snack, a little biscuit and to go among a bunch of strange boys…

At that time, I had no idea that the following years, expeditions during almost all holidays and especially summer camps will have a major impact on my subsequent life.
I attended the Scout events regularly for almost 12 years, when my attendance was disrupted by a 15-month working stay in Ireland, which began another life story.

Today, the Boy Scouts may be looking through their fingers and I do not share all ideals and rules, but it has its point and charm. Thanks to this organization I had the opportunity to travel almost the whole republic during the expeditions, I went through 13 summer, three-week camps, I went to England during an exchange with British Scouts (which actually opened an imaginary door to the current business) and passed the first extreme tests in nature.

Three eagle feathers. A test where you have to stand for 24 hours not to eat (only pure water is allowed), to be 24 hours in nature (around the camp, observe and record events during the day) and not to speak for 24 hours. There are three attempts for each task. Except for the “non-speaking” that I managed to accomplish on the third attempt, I do the other two tasks on the first attempt. I fulfilled three eagle feathers at the age of 13.

Ever since I was younger, I have been attracted to more extreme things. I remember my cycling season, jogging, home workout, when I was doing a series of push-ups, sit-downs and so-called Englishmen every night during evening news.

At the age of 15, the Boy Scout offered me another challenge. An attempt to get the so-called Silver Tortoises – to walk 80 km in 24 hours, be 40 hours blind and spend 40 hours with only four things in nature. First I started in 40 hours in nature. At that time my mother had to come to camp and sign me a paper, taking full responsibility for me.
At that time the camp took place in a forest near Stříbrná Skalice in Posázaví. The third week of the camp, one warm evening, I took shorts, an unpacked sleeping bag (the cover counted as another potential thing), a long-sleeved shirt and a knife, I think. Originally I wanted a cell phone, credit card and shorts (the fourth thing I would have bought with a credit card), but the leaders did not pass.
I did not decide for this test from day to day, so the first two weeks of the camp I wondered where to go, where to sleep, etc. We went with a group for a two-day expedition during which I had chosen a place to sleep. Such an old shelter about 5 km from the camp (forest). And less than 8 km down the road. Due to the barefoot situation it was impossible to go barefoot in the forest, but at the same time I had to overcome the 8 km long section because it was getting dark. With a smile, I remember how my bare feet slapped my asphalting as I raced in my underwear, sleeping bag, and underarm shirt.

This shelter was about two kilometers from the village and I was there in the dark. For the first time in my life a lonely night in the woods awaited me.
In the morning I was hungry. Several long minutes of sweeping paid off, I found four beer bottles. Because the rules did not prohibit this, I went with them to the nearest village and earned 12 CZK was enough for one match (for 2.5 CZK) and about 6 rolls. My livelihood for the next 30 hours.

Drinking water was a short walk in a forest well. The fire flared from the afternoon, and the ashes made my potatoes for breakfast. Now I do not remember whether I begged on someone or simply „plowed“ in someone’s field, but I know that the next morning I did not eat a croissant.

If I compare the first and second nights, I enjoyed the second night much more. During the first one, I was woken by the slightest cracking in the woods, the hooting of a bird, etc. Yeah, I was afraid (but the pants remained clean).
By the second night it was already the comfort of a blazing fire. I didn’t have a watch, but I know I’ve been sitting for hours, staring into the fire, thinking … Thinking about everything. Such a feeling of freedom I would compare to the present, when, for example, at night somewhere in the mountains, it is dark, silence, mobile signal is not and I sit and watch the sky full of stars.

I intentionally chose to start the rehearsal for the evening. The watch did not belong to my list of four things, and during the day time is falsely estimated (I didn’t think I could ask about the time). And come to camp after 39 hours and start all over again … Thank you, I don’t want to. At dusk, I walked through the camp gate, after 42 hours away.
This summer I passed my second exam, 80 km in 24 hours. But 40 hours after blindness I did not give and did not even try. Unfortunately, it takes a lot of time and my other activities didn’t allow me to do it.
After reaching the age of 18, the opportunity to meet the „Silver Tortoises“ falls and can move to the gold. They represent a 100 km climb in 24 hours, a 48 hour outdoor stay with 3 things and 48 hours to be blind.
I am currently 30 years old, I walked 100 km, 48 hours in the countryside could also be without problems, but it still hinders the damn blindness…

However, not only these tests, but the overall scout training taught me resilience, I had the opportunity to lead and prepare a program for younger members, to be self-contained and patient, to deal with people and in quotation marks to “survive”.

I would like to clarify the last wording. Of course, it is not meant to be life. Rather, it is about being able to “survive” in the 21st century, when there is a wealth of possibilities, opportunities and everyone can fulfill their own dream. On the other hand, some humility and patience are needed. Usually you don’t get anything right away and not at all for free. Not enough people realize this, take a lot of things for granted, and then panic when something goes wrong or doesn’t go as planned.

Thanks to the scout and other activities I had a unique opportunity to spend around two months away from home every year (scout expeditions, camps, two-day expeditions, cycling and other activities during the year). In fact, I was constantly moving in four constantly changing groups (perhaps except for my family) – scout, school, family, other leisure activities.
And that will sign on a person. Traveling and meeting strangers has always been a natural and part of my life.

I draw not only from the above-mentioned experiences and acquired experience until today. I also thank my parents for enrolling me there, but especially for my first leader (and hence the whole club) that I had the opportunity to travel, get harder and get to today’s level of thinking and action… 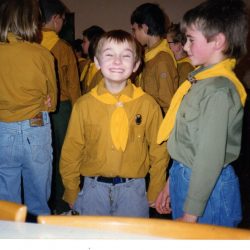 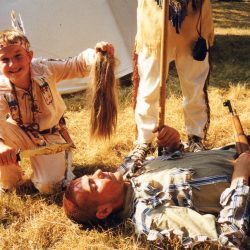 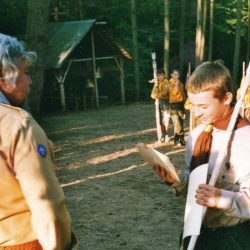 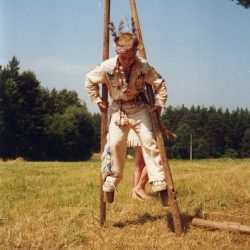 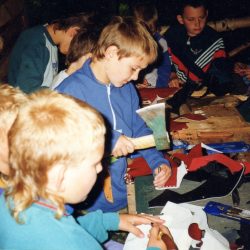 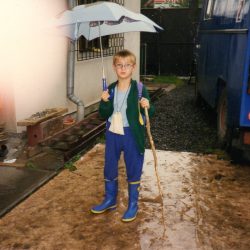 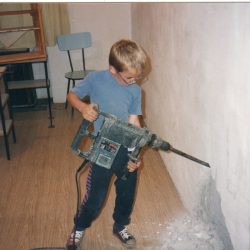 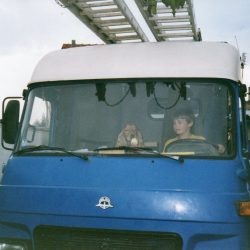